By Jonathan M.
All Articles, Mood and Sleep 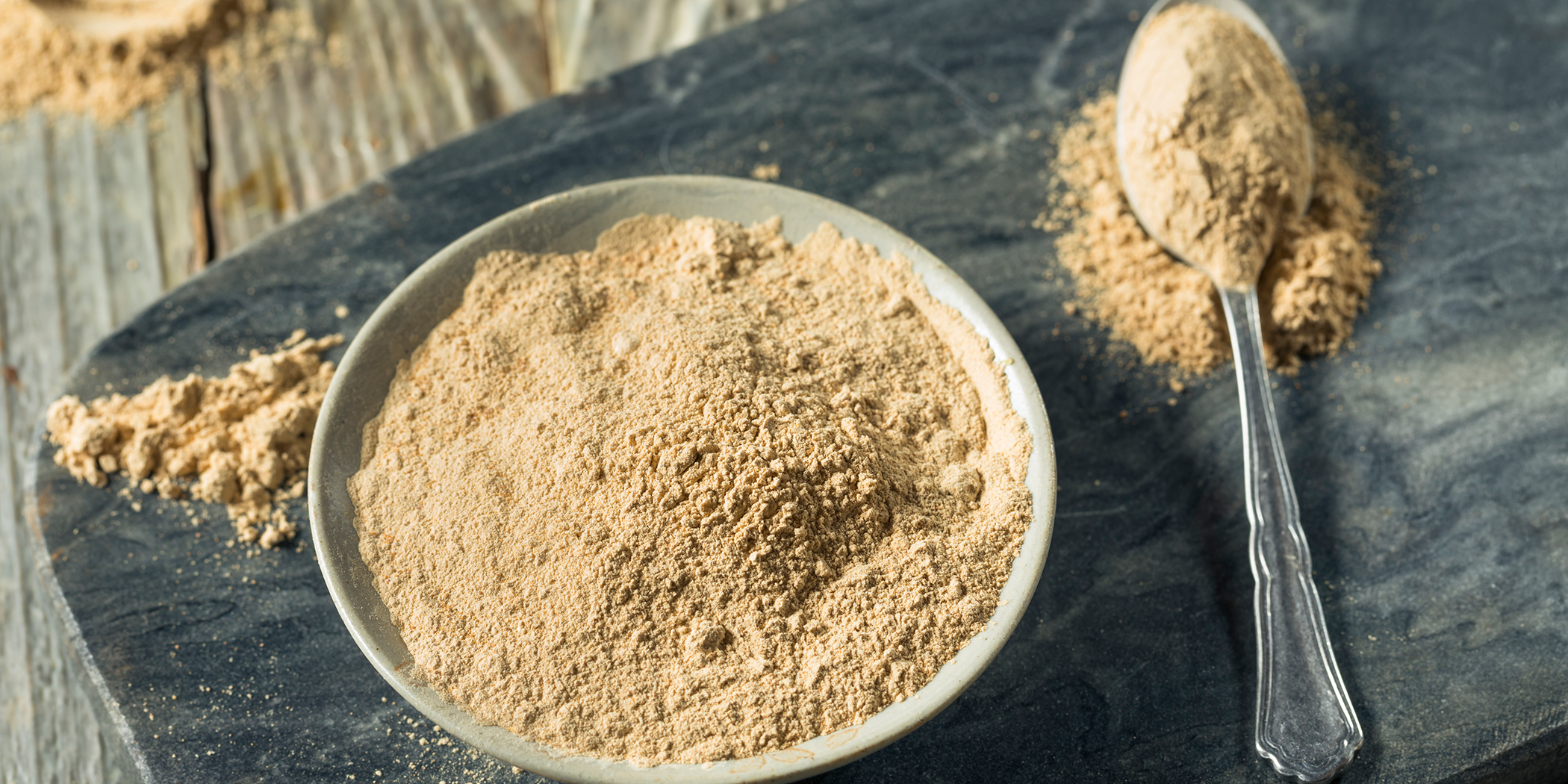 If you’re like most Americans, stress is something you manage on a regular basis. As a country we’re stressed out, and the popularity of yoga and meditation reflect our need for rest and relaxation. Peace of mind isn’t always easy to come by, but natural medicine is rediscovering ancient remedies that may help. Today we look at a class of herbs called adaptogens, which are gaining widespread attention for their ability to fight stress. We will look at some of the most popular adaptogens and examine some of the science behind how they work.

For millennia, traditional healers in Asia have known that certain plants can combat stress. Today, we know these herbs as adaptogens. An adaptogen is a special plant category that helps balance, restore and protect the body. Naturopathic expert Edward Wallace says that adaptogens don’t have one specific effect; they work in a general way to help you handle any stressor and bring your physiological functions back to normal. In other words, they help you resist physical, chemical or biological stress of any kind.

How Were Adaptogens Discovered? 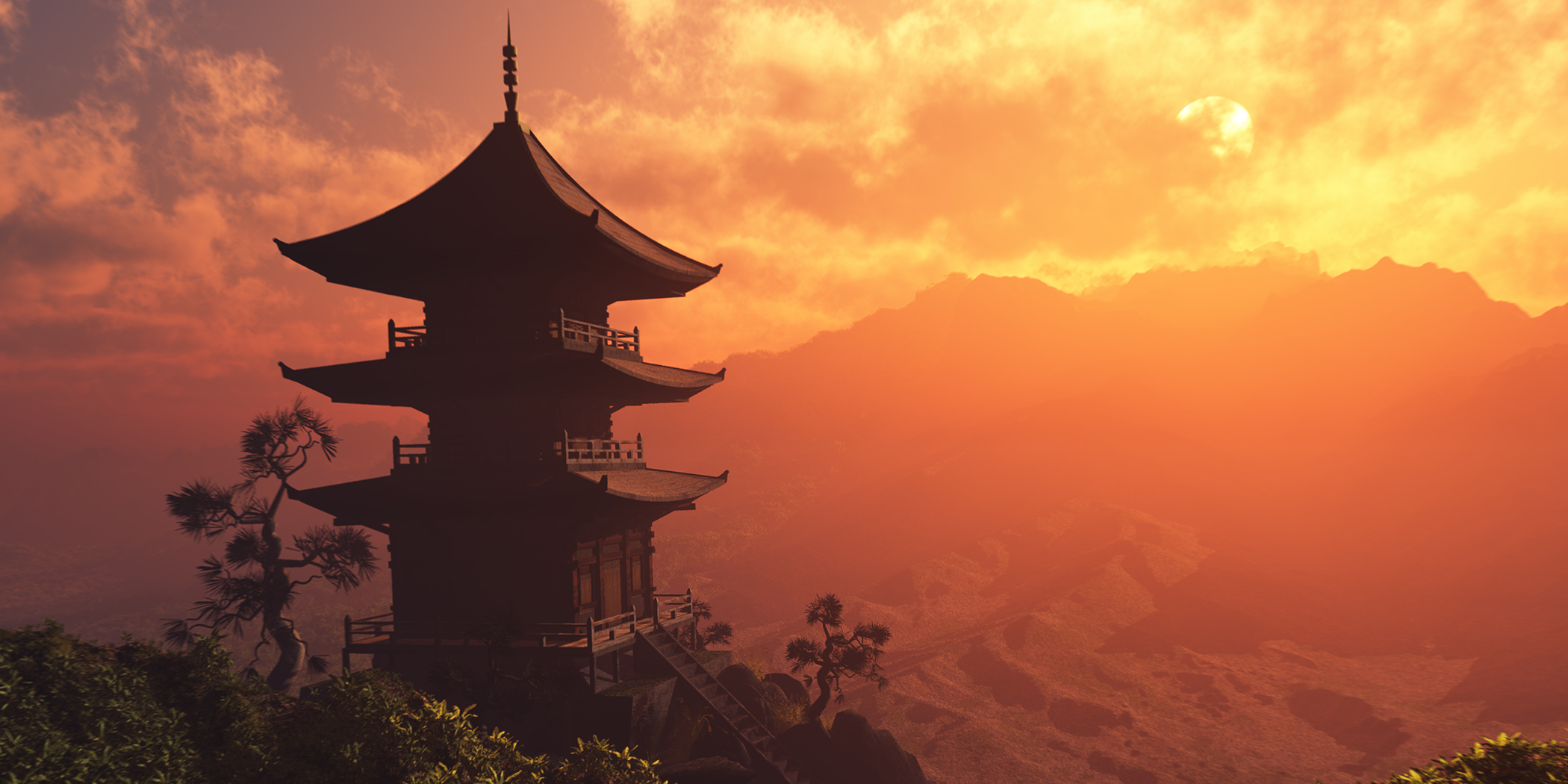 For thousands of years adaptogens have been used in Chinese and Ayurvedic medicine. Primarily they were used as preventative treatments. Some adaptogens, such as Ashwagandha, were considered among the most important herbs in traditional healing.

Much more recently, 20th Century Russian toxicologist Nikolay Lazarev coined the term ‘adaptogen,’ in reference to substances that increase our resistance to stress.

Adaptogens were a particular subject of interest for Soviet researchers during the cold war era. Russian scientists theorized that adaptogens were performance-enhancing agents that could give their soldiers a competitive edge. By the mid-1980’s, they had conducted over 1500 studies on the effects of the herbs.

Currently, adaptogens are gaining renewed respect and attention in the west. A new buzzword in the wellness community, healthy bloggers are beginning to promote what herbalists and naturopaths have known for years. Today, adaptogens are among the most searched terms for natural supplements on social media. 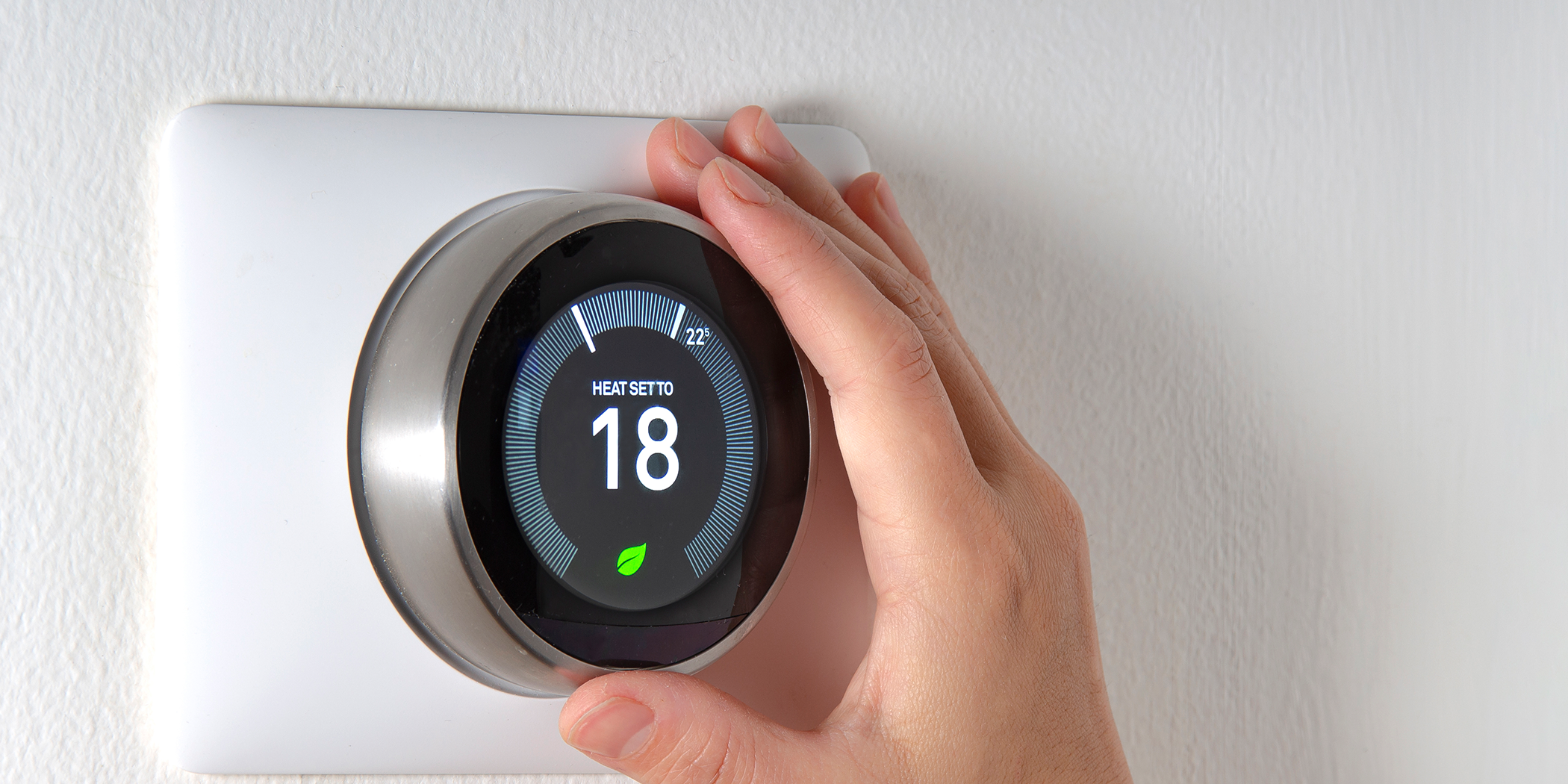 One way you can understand how adaptogens work is to picture a thermostat. When the thermostat is set, the room heats up when it’s cold, and the AC comes on when it’s hot. In a similar way, adaptogens bring your stress levels (i.e. the hormone cortisol) back into a normal level.

One helpful way to understand this is to look at a model for how stress works inside the human body. According to Hans Selye, there are three phases of stress response inside each one of us: alarm, resistance, and exhaustion. Adaptogens are believed to help us remain in the resistance phase, which helps us stay relaxed.

On a molecular level, adaptogens help bring about a steady balance in the hypothalamic, pituitary, and adrenal glands. This network is sometimes called the H.P.A. axis, and it is the system inside your body that handles your stress response. Essentially, adaptogens “hack” into this system and help you remain in a ‘middle of the road’ state of calmness.

Where Can We Find Adaptogens?

If you’re wondering if you can add adaptogens to your diet, the answer is yes! However, the typical American diet does not include adaptogens on the menu. Most adaptogens are sourced from herbs, which in our culture are not standalone foods. However, adaptogens are available in some cases in powder form, which can be added to food or drinks. One example is Maca powder. Maca is a Peruvian adaptogen that can be easily added to oatmeal, desserts, and smoothies (More on Maca later.) There are also numerous adaptogen powders available online through a simple Google search. Note! Some people report that adaptogen powder (Maca especially) can have an undesirable taste. If you want the benefit without the taste, your best bet is taking an adaptogen supplement.

So, Which Herbs Are Considered Adaptogens?

Adaptogenic herbs are literally spread throughout the world, and many of them work in specific and unique ways. In this list we will cover some of the most widely-used adaptogens and some of their key benefits. 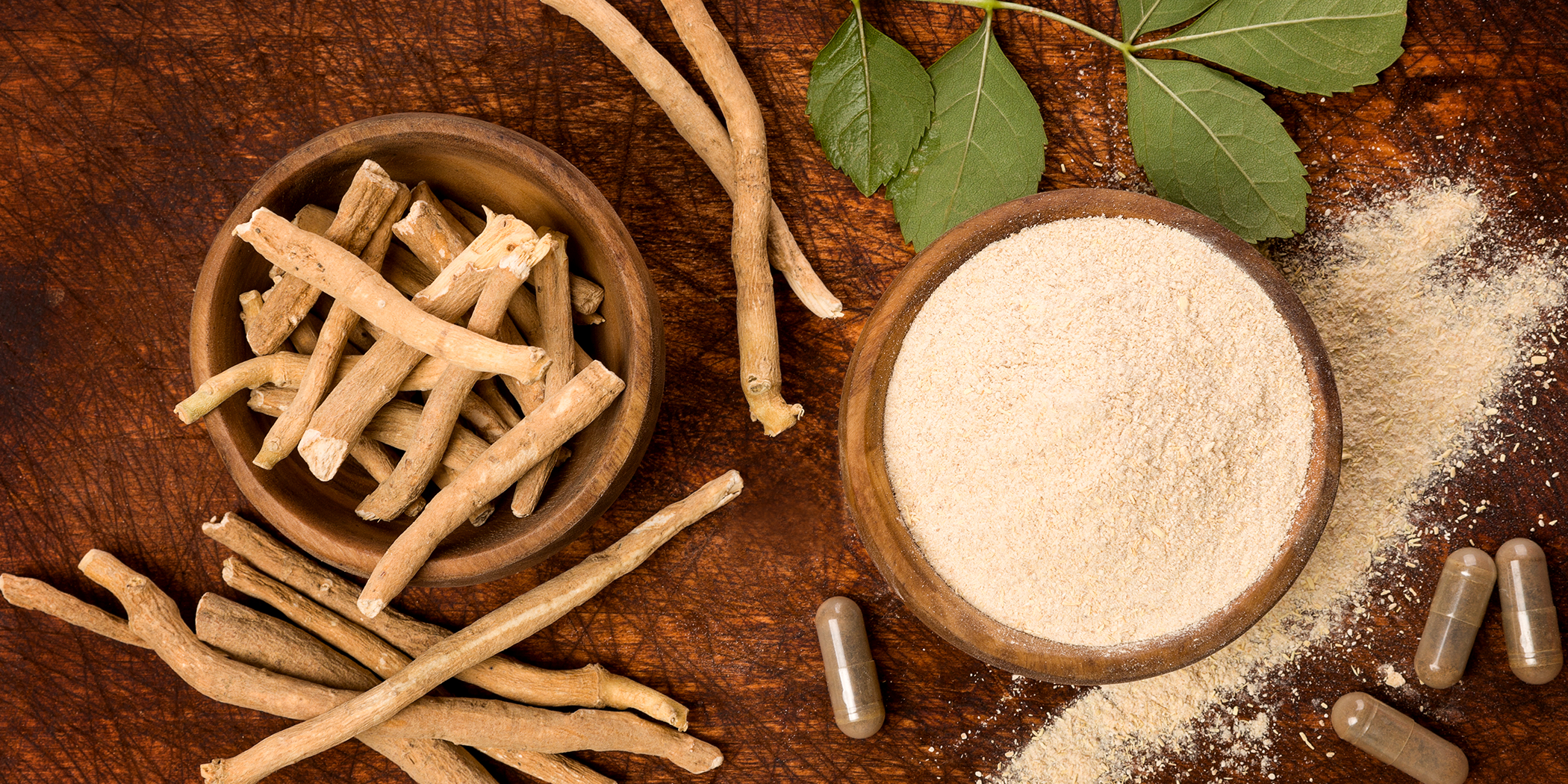 Ashwagandha, sometimes called Indian Ginseng, has been used for thousands of years as a stress reliever and immune booster. Derived from the root of a small evergreen shrub, Ashwagandha is a sanskrit word that translates to “the smell and strength of a horse,” which alludes to its energizing properties.

Ashwagandha is also traditionally believed to have cognitive benefits, including heightened concentration and improved sleep. Due to its calming effect, Ashwagandha may signal to the brain when it is time to rest. Generally, Ashwagandha is thought to help neural receptors receive a neurotransmitter called GABA, which is critical to maintaining a sense of calm and well-being.

Like many adaptogens, Ashwagandha works to help alleviate stress and anxious thoughts. This is reflected in several scientific studies. In a double-blinded, randomized trial of 64 people, Ashwagandha was found to increase subjects’ resistance toward stress, which in turn boosted subjective quality of life. In another clinical study, 88% of participants reported a decrease in stress symptoms while taking Ashwagandha over a 6-week period. 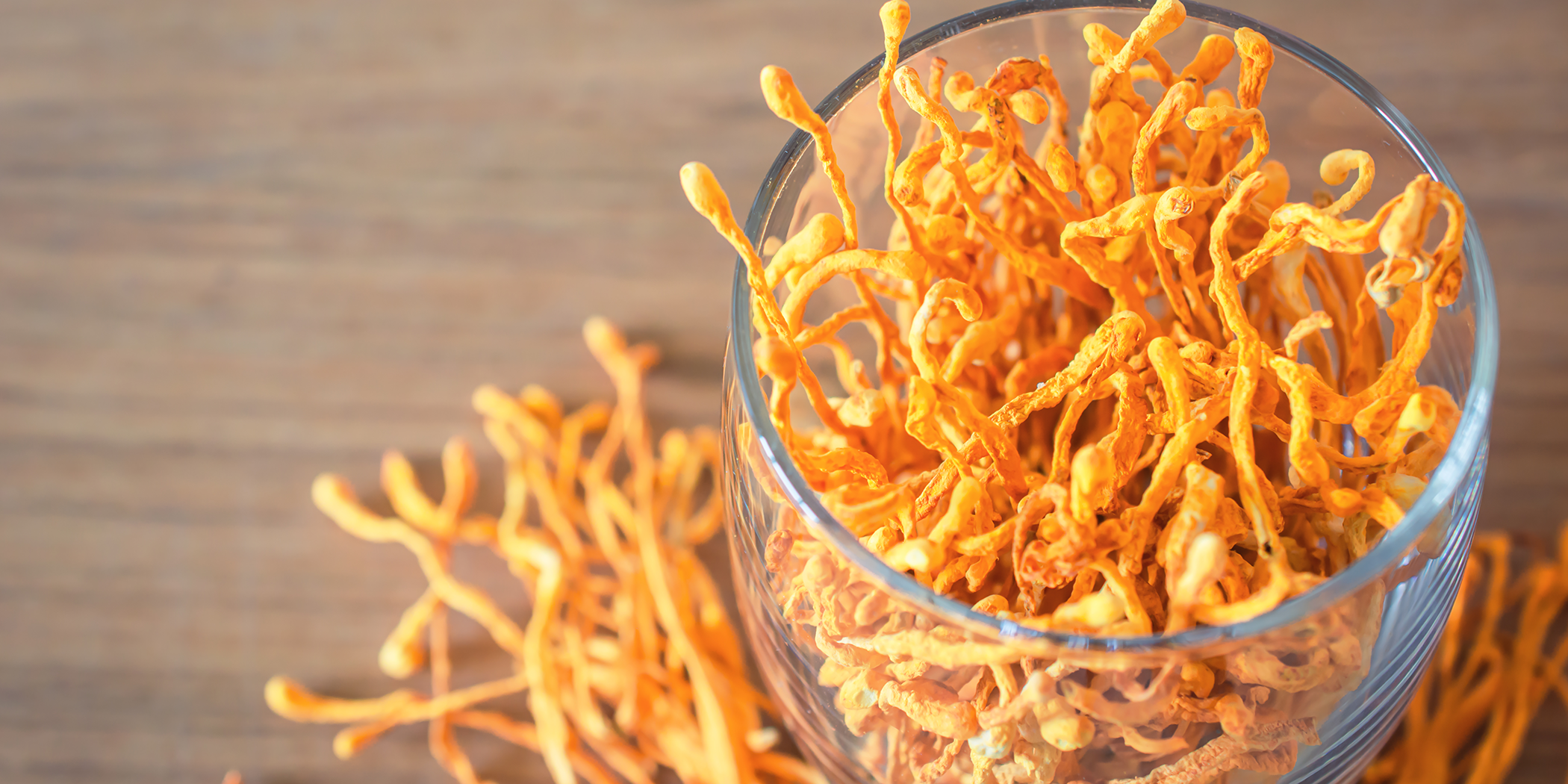 As mushrooms, cordyceps may not be adaptogens in the pure sense of the word; however, they possess powerful adaptogenic properties. Cordyceps help regulate cortisol, which is a stress hormone produced by the adrenal glands.

If you’re not familiar with cortisol, it’s basically linked to your ‘fight-or-flight’ response, which is an instinct that has helped us survive danger for thousands of years. As cortisol rises in the body, so does heart rate and blood pressure. Cortisol is necessary for our body to function; however, chronically high cortisol levels can lead to several health issues, such as weight gain, digestive problems and lowered immunity.

It appears that cordycep mushrooms work by temporarily boosting cortisol during stress, and greatly lowering it during non-stress periods. This was confirmed in a 2014 study, where scientists measured the adaptogenic effect of cordyceps on long-distance cyclists. Results of the study indicated that cordyceps helped regulate cortisol levels and significantly protected the cyclists from the chronic stress and related fatigue, which they normally experience. 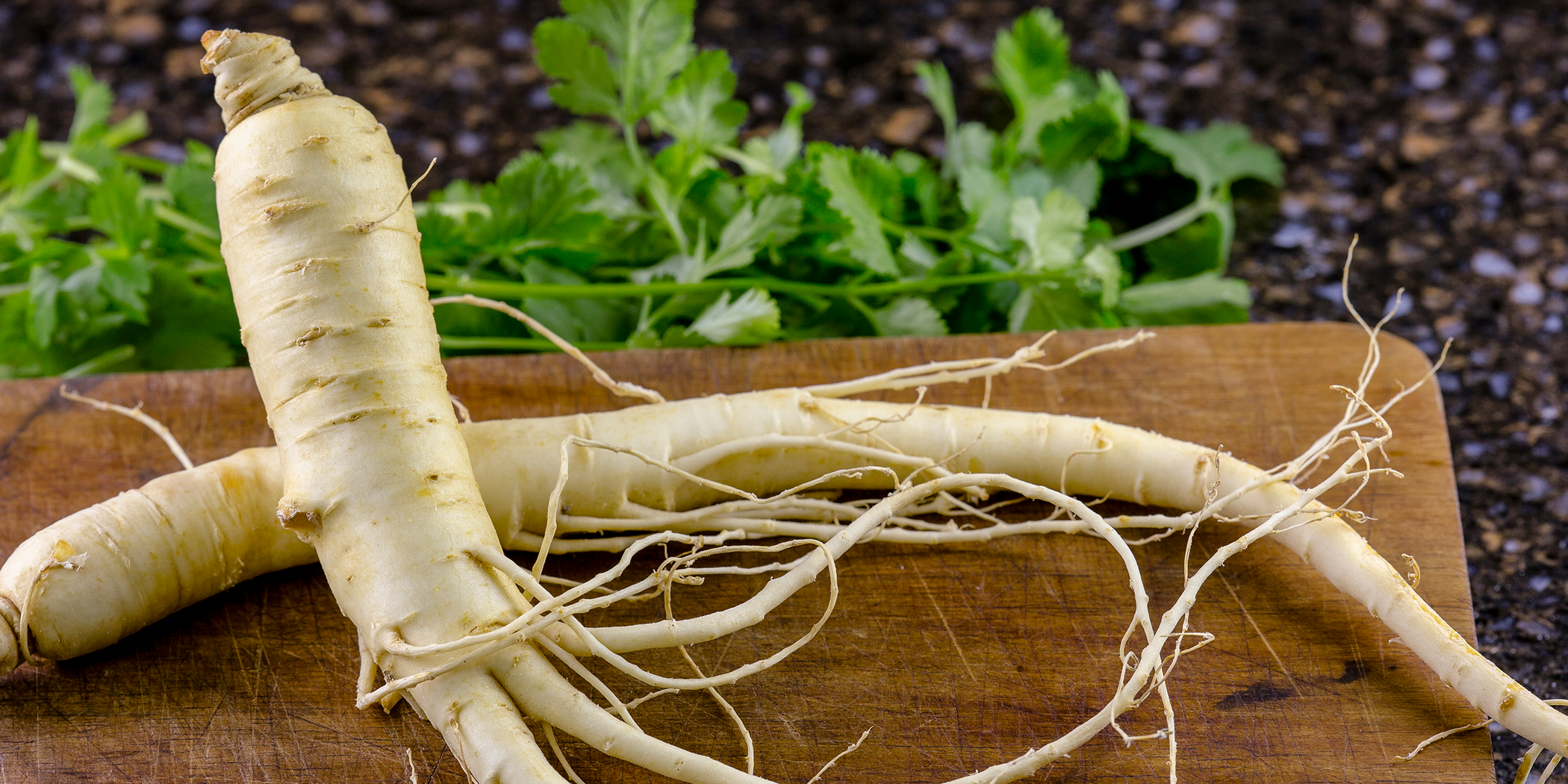 A staple of traditional Chinese medicine, Panax Ginseng or ‘Asian Ginseng,’ has long been used for its energizing and immune-boosting effects. More recently, scientists are discovering and testing Panax Ginseng for other purposes, including its effect on cognitive performance and sexual wellness.

Like most adaptogens, the primary action of Panax Ginseng is to resist stress. However, Panax Ginseng may offer some special benefits for mental stress that other adaptogens don’t. A 2005 study tested the effect of Panax Ginseng on a group of healthy young adults while taking a test. The results indicated that those who took the herb were less likely to experience mental fatigue during the exam. Another study, published in Psychopharmacology journal, indicated that Panax Ginseng, when taken in combination with Gingko Biloba may help boost memory in healthy middle-aged adults. Panax Ginseng is thought to boost cognitive function because it lowers blood glucose levels and a temporarily reduces fatigue. 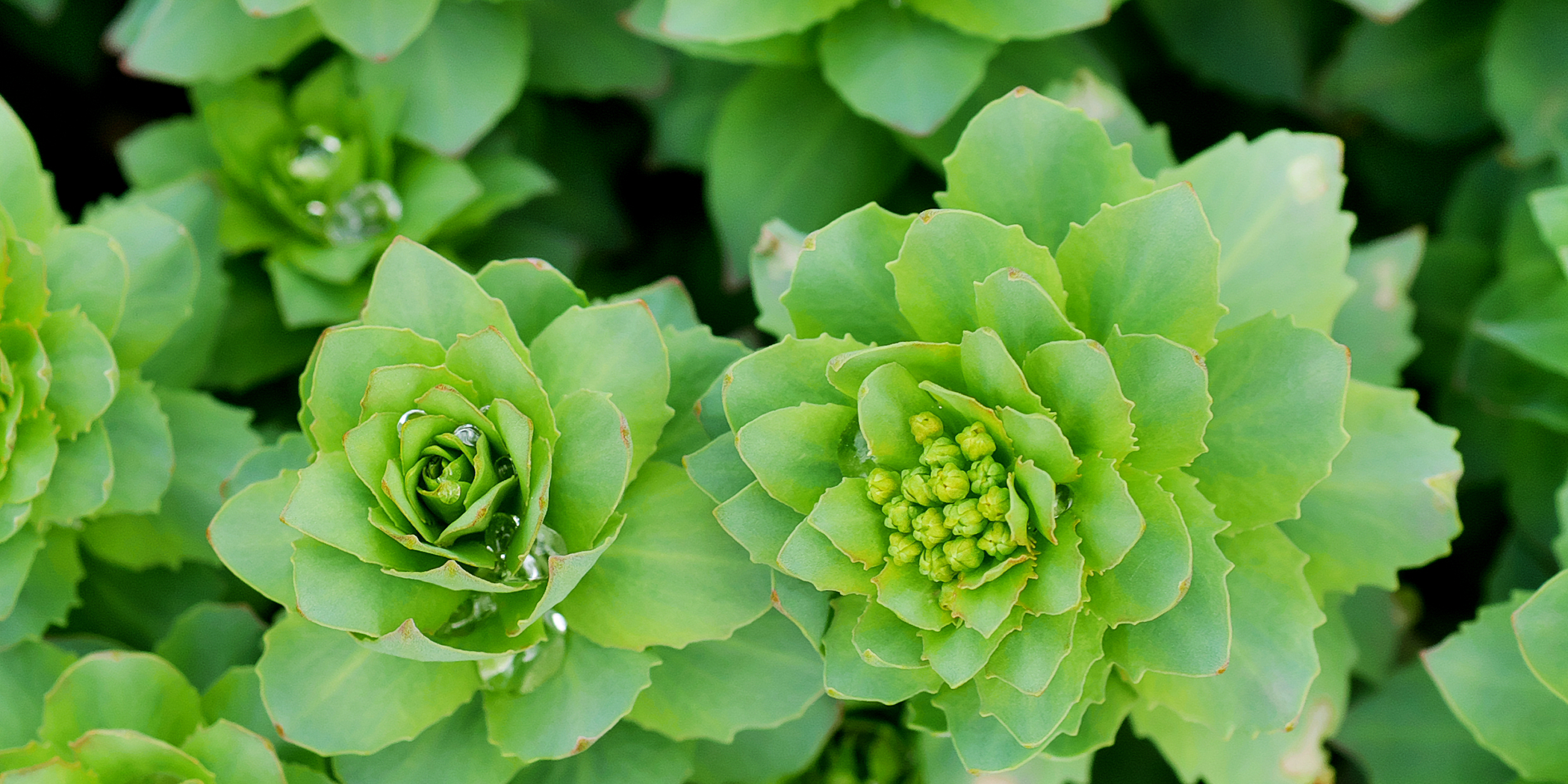 In early Chinese history, Rhodiola was considered so valuable that emperors would require search parties to travel thousands of miles to collect this herb. Long thought to increase vitality, Rhodiola is believed to boost energy, stamina, and endurance.

A root herb that grows in the mountainous terrain of Siberia and Northwest China, the adaptogenic properties of Rhodiola have been well researched. In a study of 101 people with life and work-related stress, Rhodiola was shown to alleviate symptoms of stress, fatigue, exhaustion and nervous tension. It has also been shown to relieve symptoms of burnout, a state of exhaustion caused by chronic stress.

Beyond its adaptogenic qualities, Rhodiola is uniquely beneficial in other ways. In multiple studies, Rhodiola has been shown to positively impact mood by balancing neurotransmitters. In one study of 89 people, those who took Rhodiola for mood reported a more balanced emotional state and better sleep.

Like Panax Ginseng, Rhodiola has been linked in clinical research to enhanced cognitive function. One study examined the impact of Rhodiola on military cadets performing night duty. The study found that doses of Rhodiola increased cadets’ capacity for mental work, compared to placebos. Another study revealed that students who took Rhodiola over a period of 20 days reported higher motivation, better sleep patterns and lowered levels of mental stress.

A Peruvian plant grown in the Andes mountains, Maca is an adaptogenic herb reknown for its aphrodisiac qualities, among other things. Not only have studies linked Maca to increased libido and fertility; studies have also shown that this herb may have mood-boosting properties. A 2015 study found that Maca helped regulate mood imbalance in a group of Chinese women. Another study found that Maca may help boost mood in post-menopausal women.

Beyond its mood-boosting effects, Maca also promotes natural antioxidants in the body, such as glutathione. Antioxidants help combat free radicals, which can prevent oxidative stress--an imbalance that is at the root of many health issues. 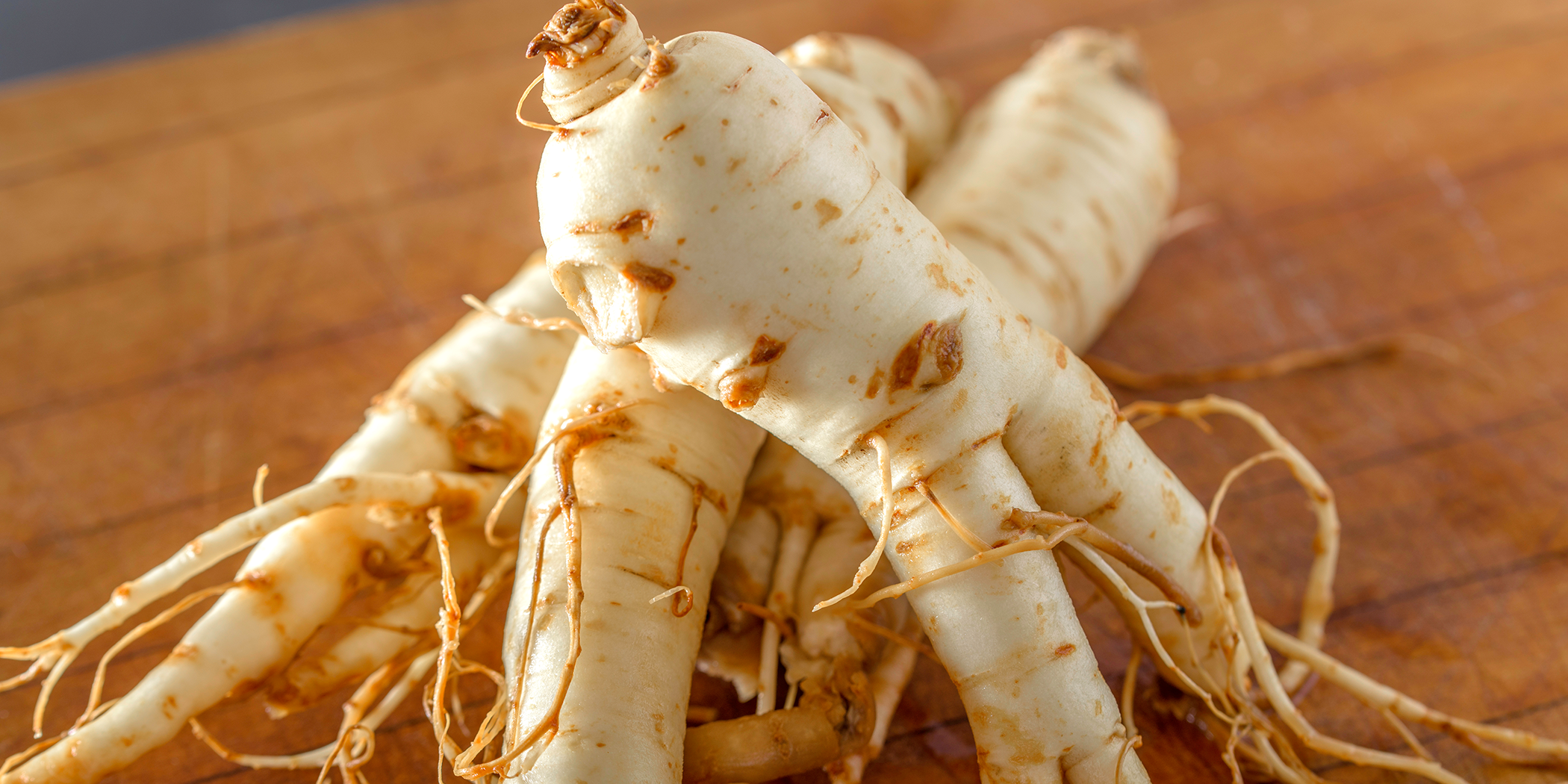 Like the Asian variety, American Ginseng is an anti-fatigue and anti-stress agent. Also, similar to cordyceps, American Ginseng may aid in general improvement when it comes to physical performance. The herb itself is quite rare and is endangered in the wild; however, it is also grown and harvested on farms. 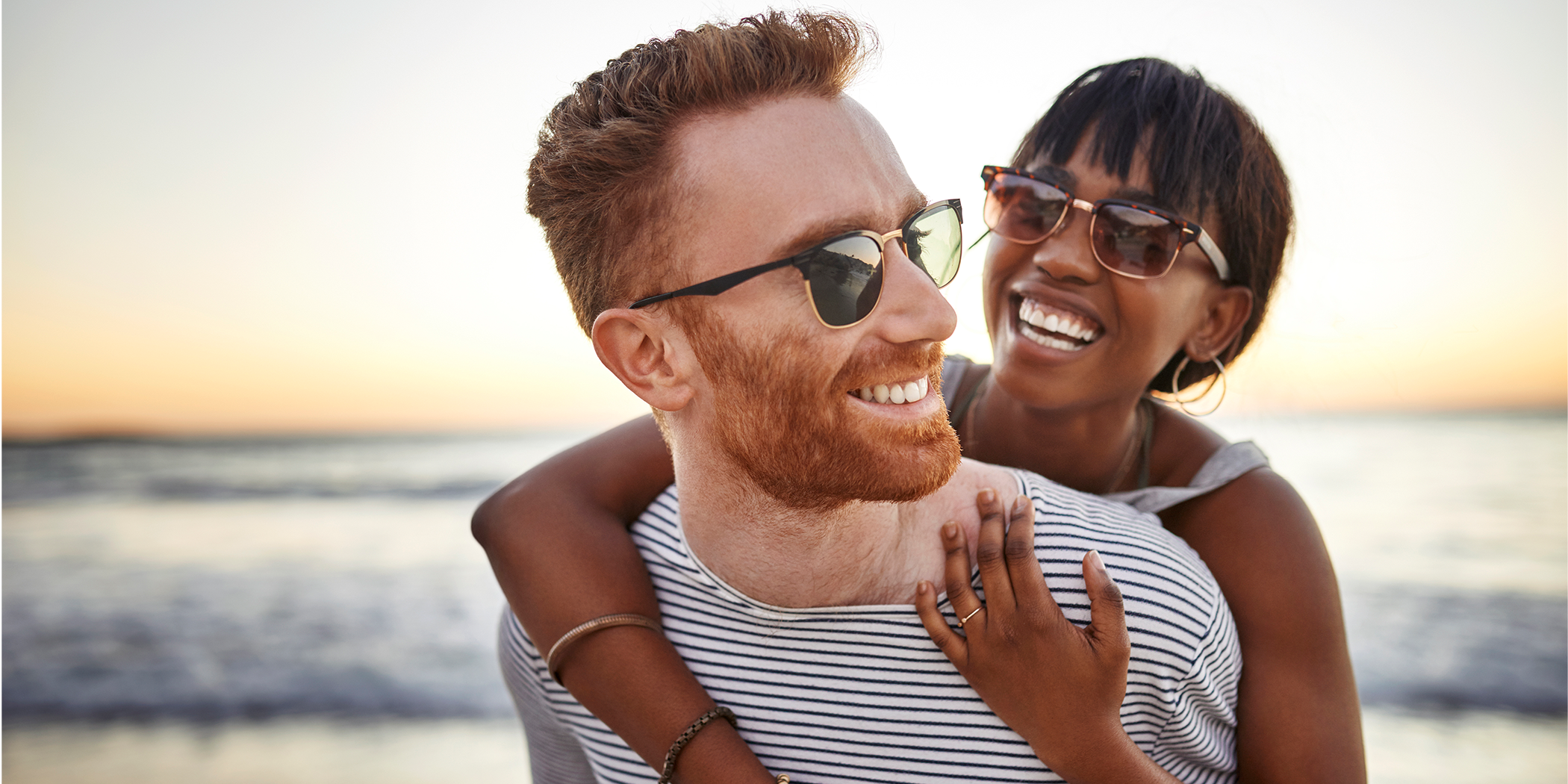 Despite having been part of traditional healing throughout the world, Western culture is only beginning to embrace adaptogens and their potential benefits. Although adaptogens are typically unavailable as a food source in the U.S., many of them are available in supplement form (including all those listed here.) 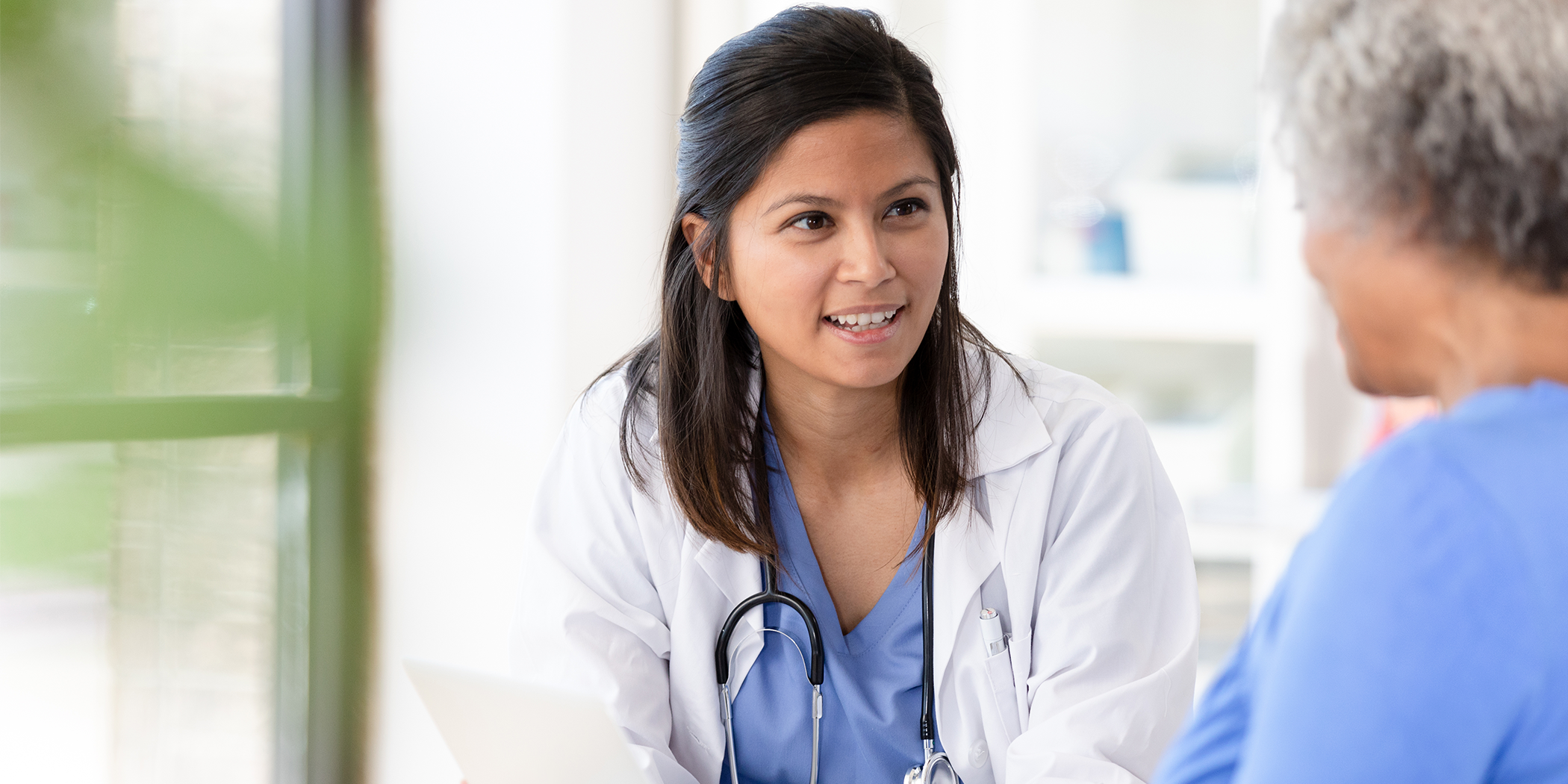 The Impact Of COVID-19 On Your Brain

The Connection Between Memory and Sleep

7 Activities To Boost Your Brain Health