What Exactly Is Cognitive Function? Plus 5 Ways To Improve Yours! 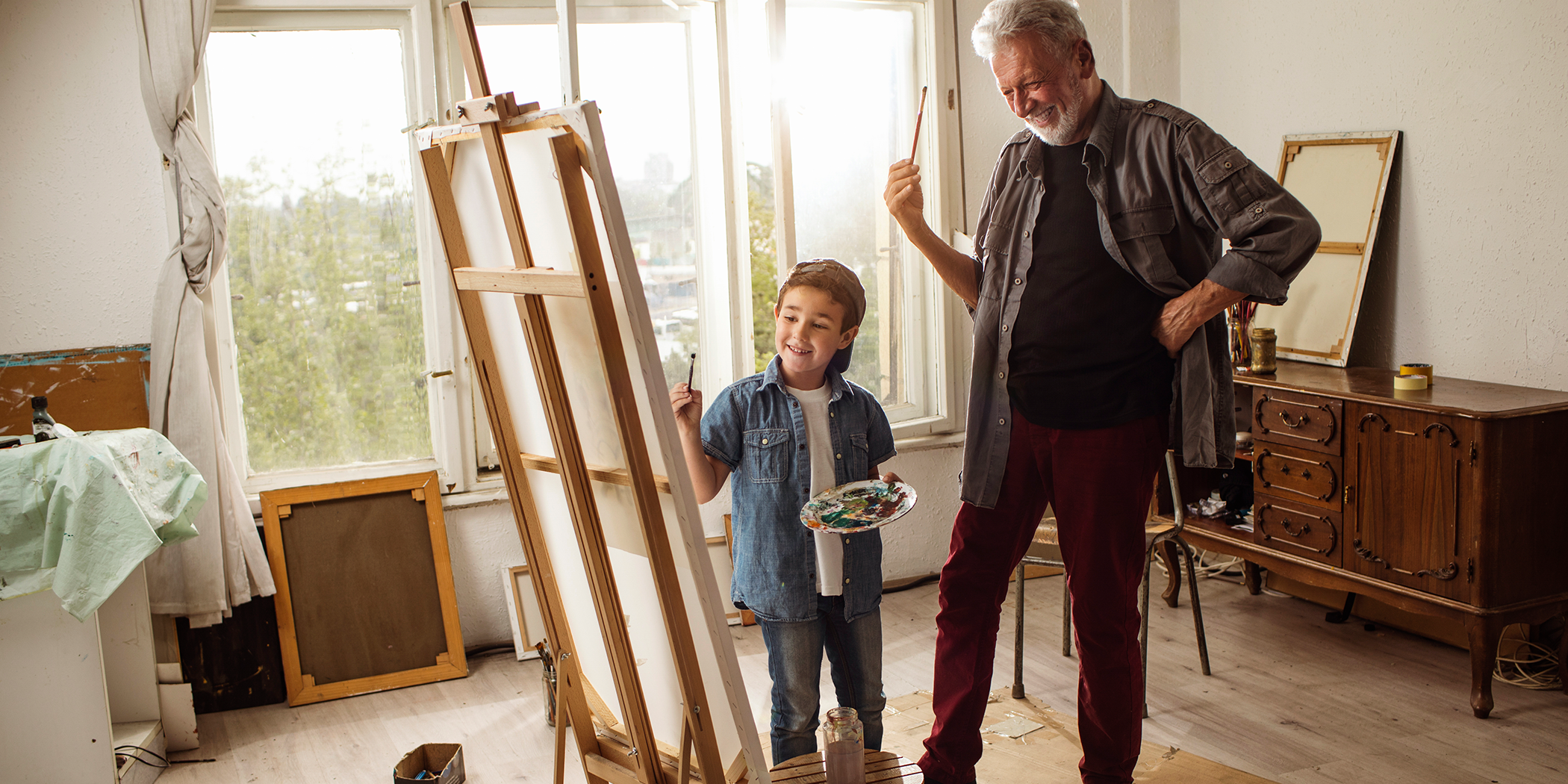 At some point you’ve likely heard the term ‘cognitive function,’ but you might have wondered, ‘what does it really mean?’ A good starting point is understanding the word cognition.

Cognition comes from the Latin word cognoscere, which means ‘to get to know.’ Cognition refers to your ability to perceive, react, make decisions, and respond appropriately. Key to your everyday function, cognition helps you distill information down to what is important and meaningful.

So then, what exactly is cognitive function? Cognitive functions help make cognition possible. They are the mental processes that allow us to collect, store, retrieve, transform, and elaborate on information from the outside world. In essence, your cognitive function is your brain’s ability to make sense of life from moment to moment.

What Are The Basic Cognitive Functions For Humans?

1. Attention — Your ability to focus your attention is a complex function, and it can’t be thought of as one single process. To make it simple, however, attention is the cognitive ability to choose between competing signals in our brain. When several things are happening simultaneously, attention is our ability to select just one. These can be things outside in nature (sounds, visuals, smells) or internal (thoughts/feelings).

2. Memory — Our faculty of memory is usually divided into two sections: short-term (working) memory and long-term memory. You can think of your memory function in some ways like the storage of a computer. A computer has Random Access Memory (RAM), which is used to process data; it also has a hard-disk (HDD) for long-term storage. Just like RAM in a computer, your short-term memory is used to process stored information, outside stimuli, or your own conscious thoughts. Like a hard disk, your long-term memory is the bank of information that you can call to mind when you need it.

3. Perception — Perception is our ability to recognize what’s around us--to collect and understand the information our senses may receive. It is the process that allows us to make sense of our environment. Perception allows us, for instance, to tell the difference between the taste of sour and sweet. It helps us differentiate the experiences we have in the world. Perception can also play a role in interpreting emotion. The same cognitive process helps us realize whether an event or stimulus makes us feel happy, sad, etc.

4. Language — Language is a cognitive function that involves several processes mainly within the left hemisphere of the brain. Your language function is a symbolic communication system that helps you both connect with the world and also construct your own internal thoughts. Interesting fact related to language function; did you know that your vocabulary can actually improve with age?

5. Executive Functions — Executive functioning takes place in the frontal lobe part of the brain, which is the ‘control panel’ of your personality. Your executive function is responsible for your behavior and is thought to be heavily involved in situations that require higher-order thinking. These could involve: planning, troubleshooting, improvisation, or responding to dangerous situations. In general, some theorize that your executive system is what kicks in whenever you are in a new situation or environment. It is responsible for helping you navigate through unfamiliar territory and overcome challenging tasks.

Are Intelligence and Cognition The Same Thing?

While very interconnected, cognition and intelligence are not one in the same. Cognition refers to general mental abilities associated with learning, remembering, and focusing, rather than any specific thing you have learned. Intelligence is a measurement of your ability to grasp and apply concepts compared to the general public. Your intelligence is generally measured by tests (IQ), which rate the speed of your problem solving skills. The difference between intelligence and cognition is in some ways like the difference between your ability to see versus your score on a vision test. The ability to see is like your cognitive function. Your score (i.e. 20/20 vision) is like intelligence: it’s a measurement of how well you see versus others on a standardized test.

Can Cognitive Function Be Improved?

The exciting news is that there are many proactive (and sometimes easy) steps that you can take to boost your cognitive function. If you want to know practical ways to heighten your cognitive abilities, this list will give you a starting point.

Getting exposed to the arts is a great way to boost your cognition, especially your executive functioning. A 2013 study at Michigan State University concluded that children who participated in arts and crafts go on to develop more patents, start more businesses, and innovate at a higher level than the rest of the public. In fact, research revealed that people who own businesses and patents received up to 8 times the degree of exposure to art as children. The key, according to research, was sustained participation. Those who created art as children and continued into adulthood went on to achieve high levels of creative success as adults.

Similarly to art, music also has a powerful effect on the connectivity of different brain regions and function. Playing a musical instrument enlarges the volume of the brain and strengthens the brain’s ability to communicate within different regions. Researchers also believe that something about practicing an instrument changes the way the brain processes and integrates different types of sensory information.

It’s probably no surprise to you, but getting active is very good for your brain function and can actually change the physical structure of the brain itself. A 2013 study released by Dana-Farber and Harvard Medical school reported that cardiovascular exercise releases a molecule that helps improve cognition and wards against cognitive changes due to aging. The molecule, called irisin, is released by the brain during exercise and is believed to have neuroprotective effects. The researchers also observed that elevated levels of irisin in the body activated genes associated with learning and memory.

A study from Finland examined the relationship between cardiovascular fitness, motor skills, and academic test scores. The study concluded that children with a higher level of fitness and motor function also had higher measures of cognitive performance. Physically fit children across the board had better scores on reading and arithmetic.

Stay Connected To Your Network

Loneliness is an epidemic in our society, and it’s been proven time and again that it can trigger cognitive decline. On the other hand, remaining connected to your community or network can have a lot of cognitive benefits.

A study published by the University of Michigan observed that cognitive function can actually improve after certain kinds of social interaction. The article revealed that friendly conversation can lead to mutual problem solving and increased mental performance.

There are many benefits associated with strong social networks, which indirectly affect cognitive function. Individuals with strong social ties report lower levels of stress and anxiety. Balanced mood and quality of life can help ensure that you operate at your highest cognitive potential.

If you want to stay mentally sharp as you get older, then one of the keys could be continually trying new things. A 2013 study uncovered that learning new skills while staying connected to a social network are critical to cognitive function as we age. One thing to keep in mind is that the tasks need to be at least moderately demanding.

It’s long been thought that staying mentally active is enough to preserve our cognitive abilities. Yet research is starting to suggest that we need to get out of our comfort zone in order to stay mentally sharp. According to Lead researcher Denise Park of The University of Texas at Dallas, “It is important to get out and do something that is unfamiliar and mentally challenging, and that provides broad stimulation mentally and socially. When you are inside your comfort zone you may be outside of the enhancement zone." (source: psychologytoday.com)

If you’re looking for activities to stay mentally sharp, try to think of new experiences that you can share with others. For instance, you might try taking a dance or group fitness class. You could learn a new language or go on a day trip with friends to some place new. As you come up with your own list, think of activities you’ve always wanted to do that engage your mind and require some degree of challenge or strategy.

One of the best preventative measures that you can take to protect your cognitive function is to reduce your stress levels. Under stressful conditions, your adrenal glands release a hormone called cortisol, which in high levels over a long period of time can damage the brain.

Neuroscientists at UC Berkeley found that chronic stress can create long-term changes in the structure of the brain and eventually lead to serious health issues. This could possibly explain why young people who are exposed to chronic stress can develop mental problems and learning difficulties later in life.

If you want to find ways to turn down the stress levels in your life, there are many things you can do. Learning simple deep-breathing techniques can help you get out of ‘fight-or-flight’ mode and trigger your relaxation response. Meditation, mindfulness, and prayer may also have powerful stress-reducing effects.